Gin has the peculiarity of being the perfect tipple in two vastly different settings. During the day, after the lunch, in a relaxed, casual atmosphere, and at night when things get festive, active, and boisterous. A gin that works at such different moments is the key to developing this new gin brand made to a London recipe.

A brand that breaks
with the established.

When working on the product concept and positioning, all naming, branding, and packaging decisions were made from a holistic perspective. 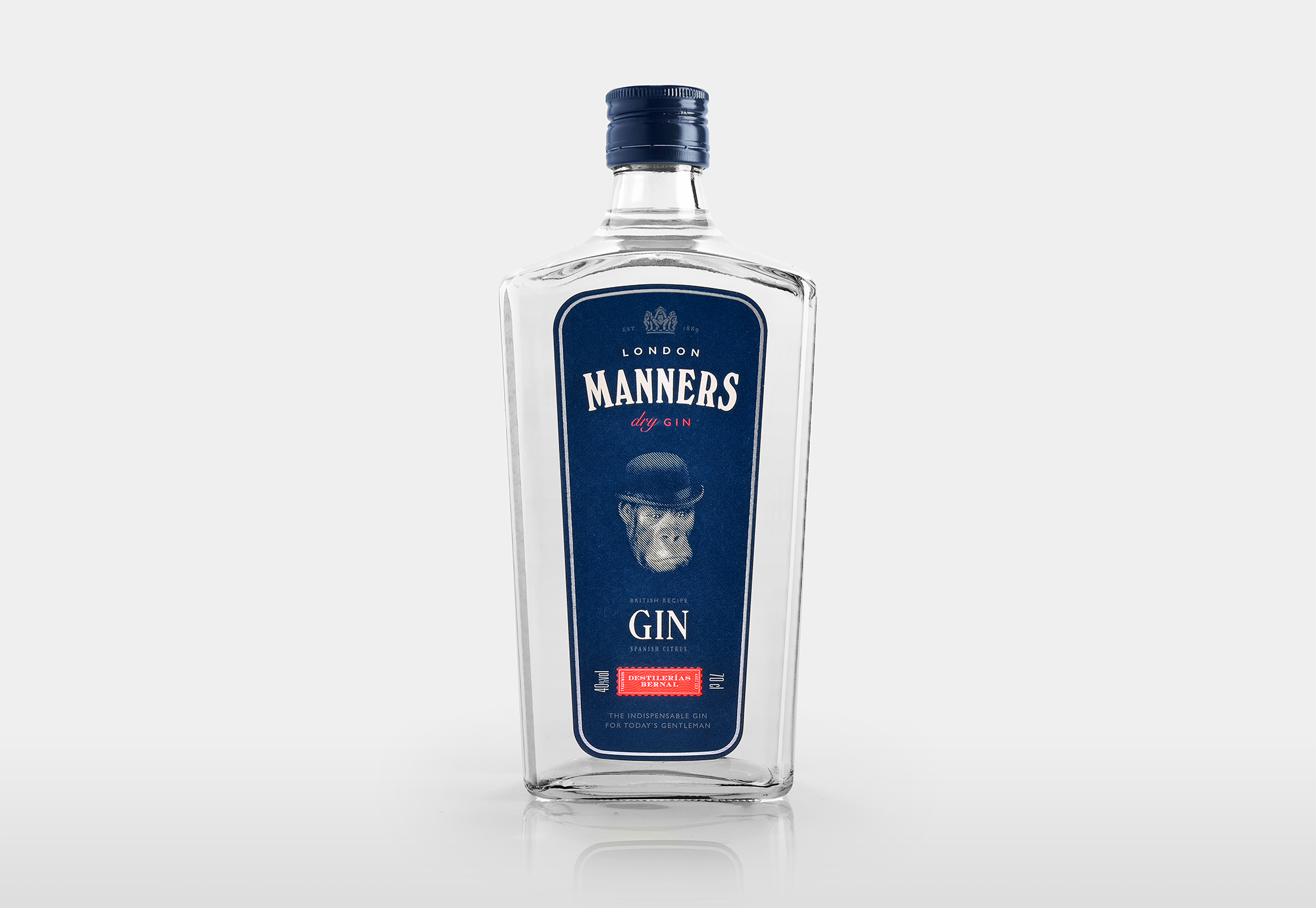 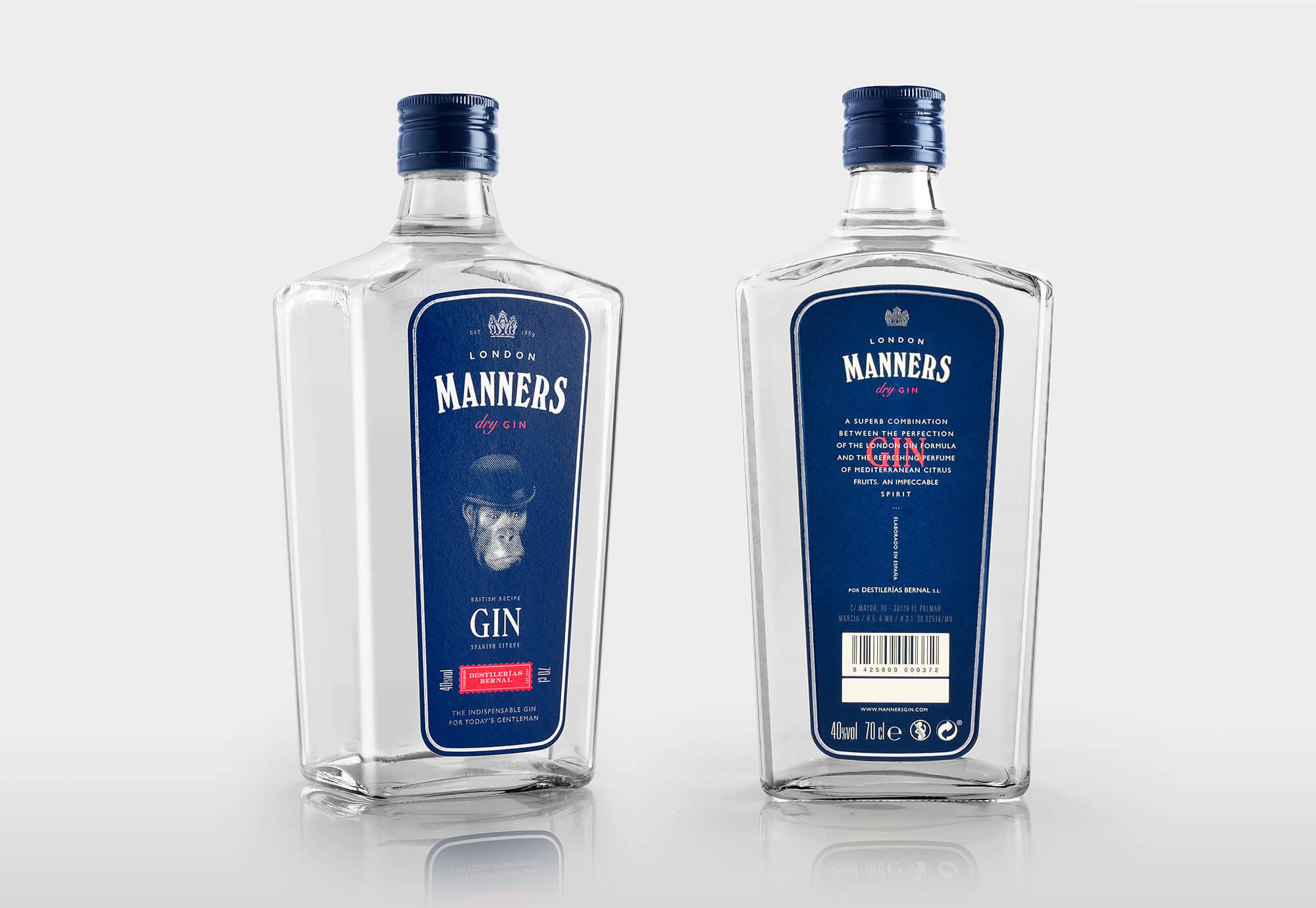 All the packaging elements reinforce the concepts developed for Manners and link it to its London formula. The colours of the English flag, crown, bowler hat and the use of typically English terms and fonts give the brand an identity with a vintage air. The bottle was chosen with what James Bond would keep in his glove box in mind. 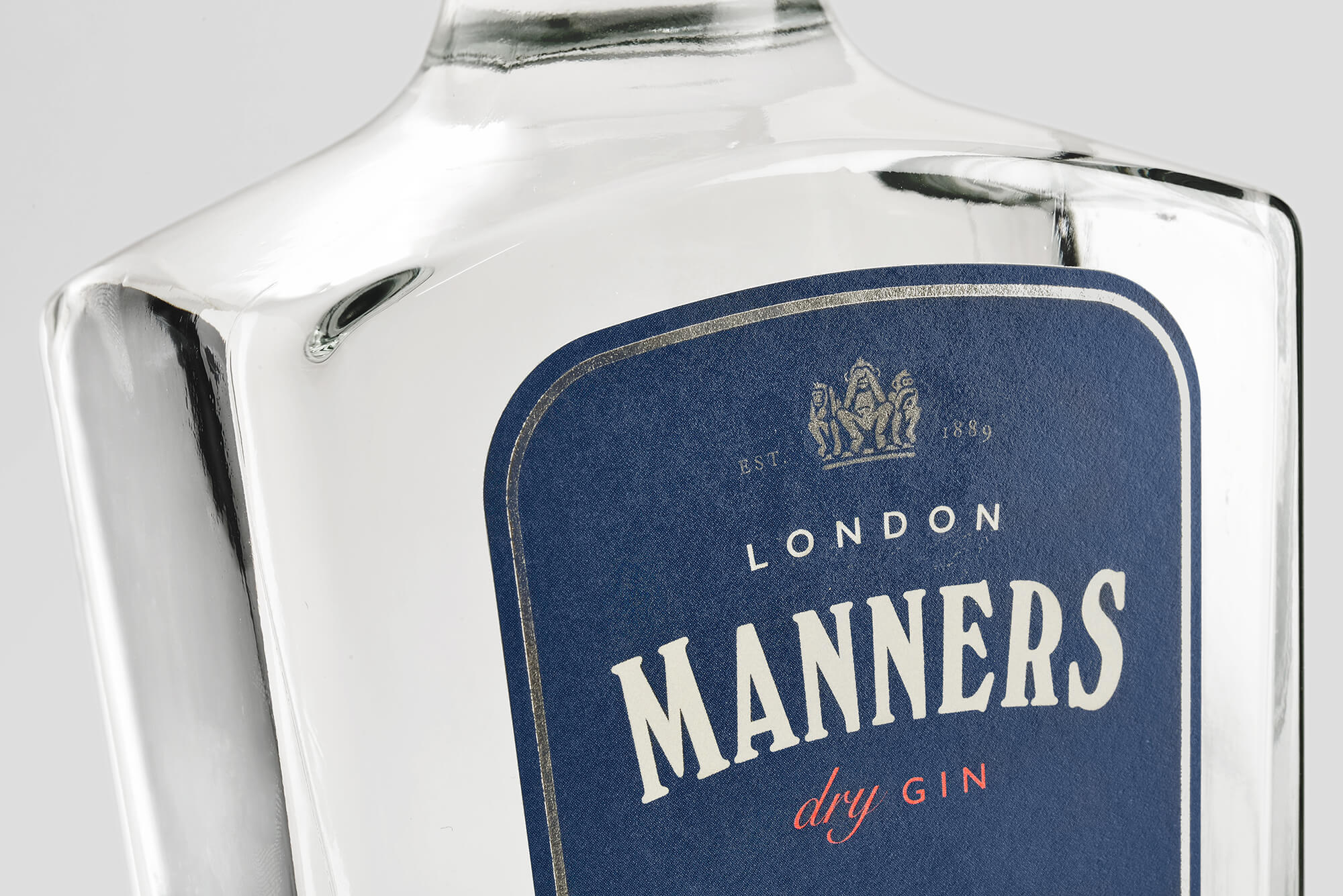 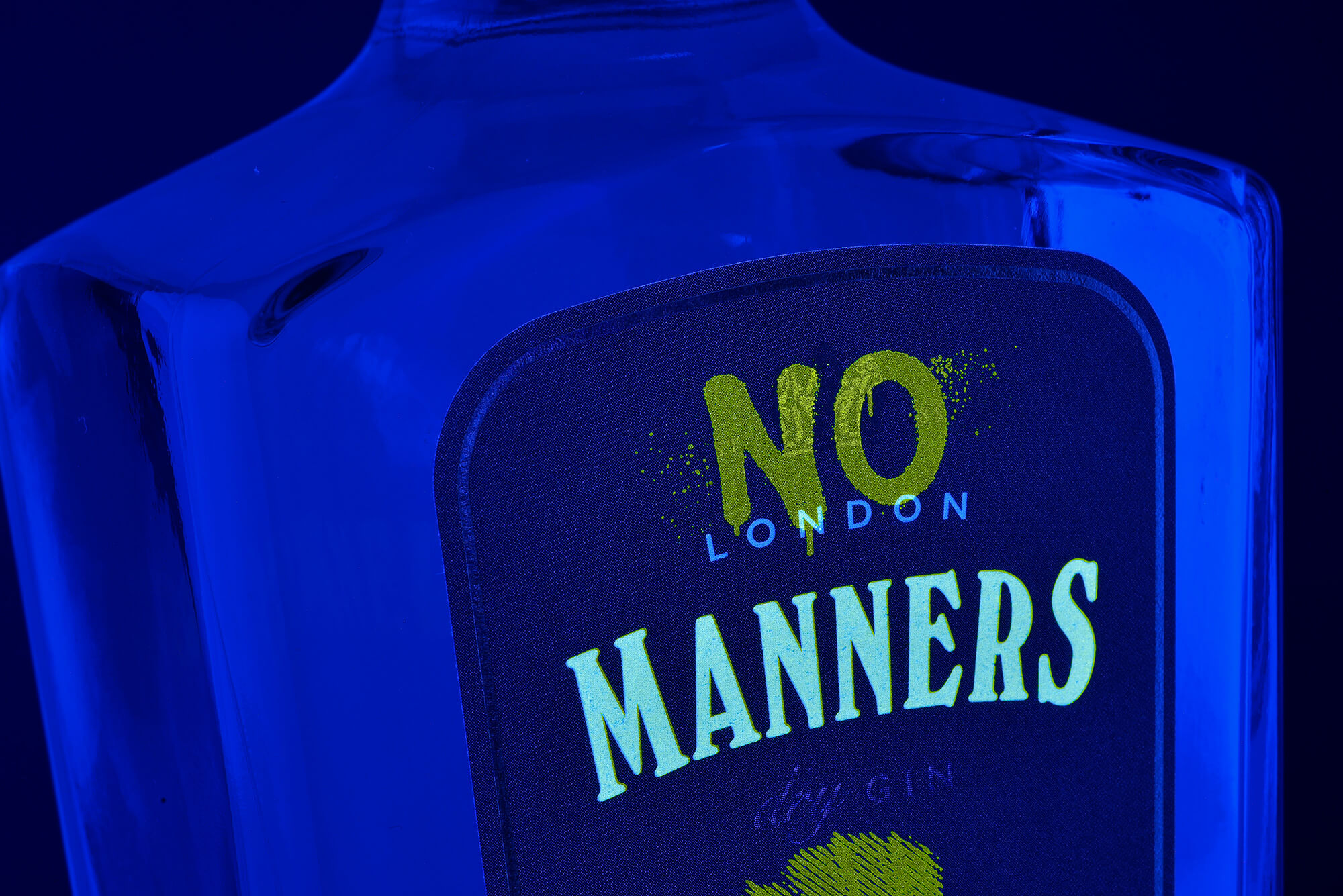 The black light in night clubs represents the wild side of this gin. We have used inks that are only visible in the ultraviolet light used in night clubs and bars to create a label that cries out against dogma. 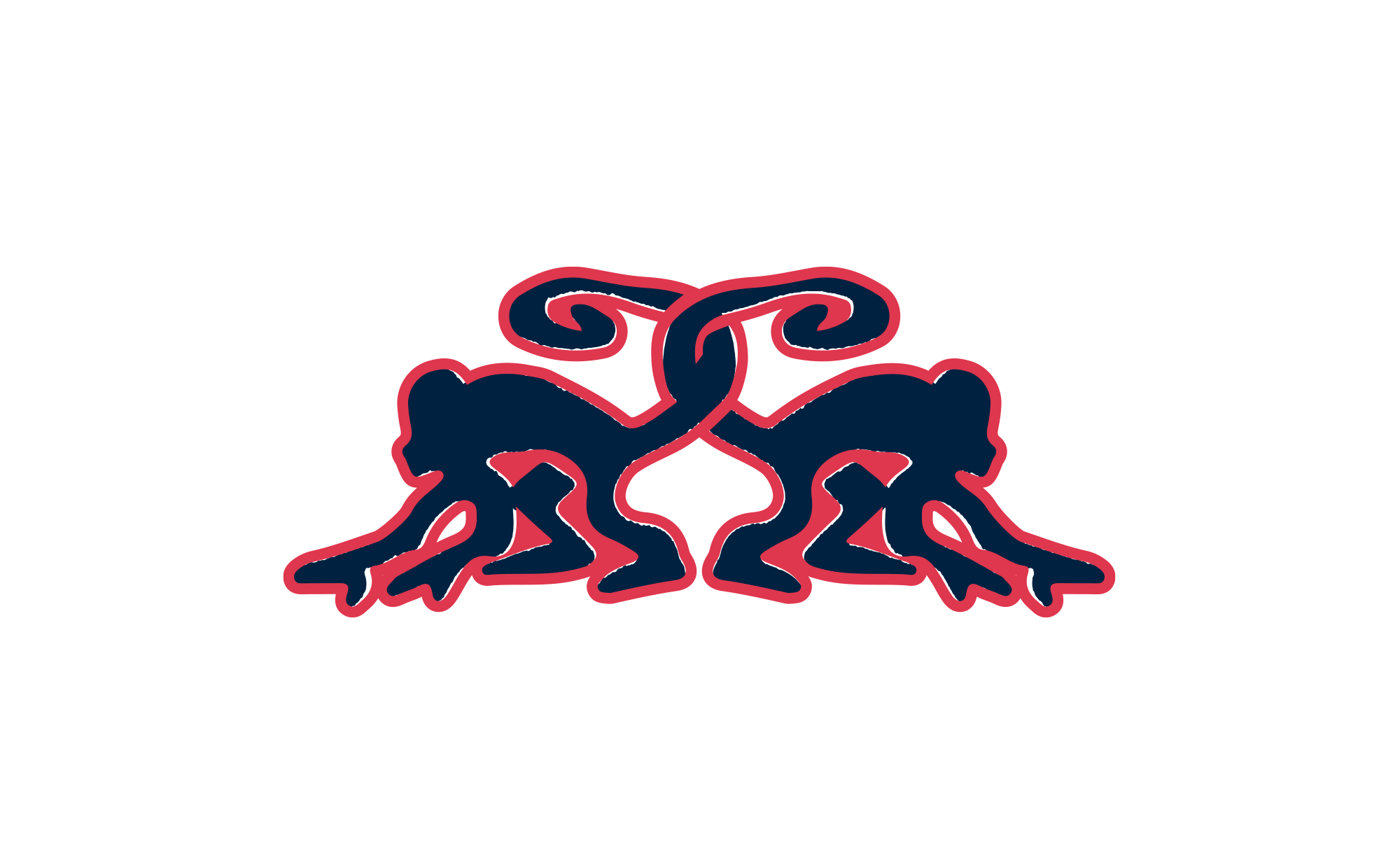 The punk movement, which also emerged in London, invades the label, and incites us to rebel. 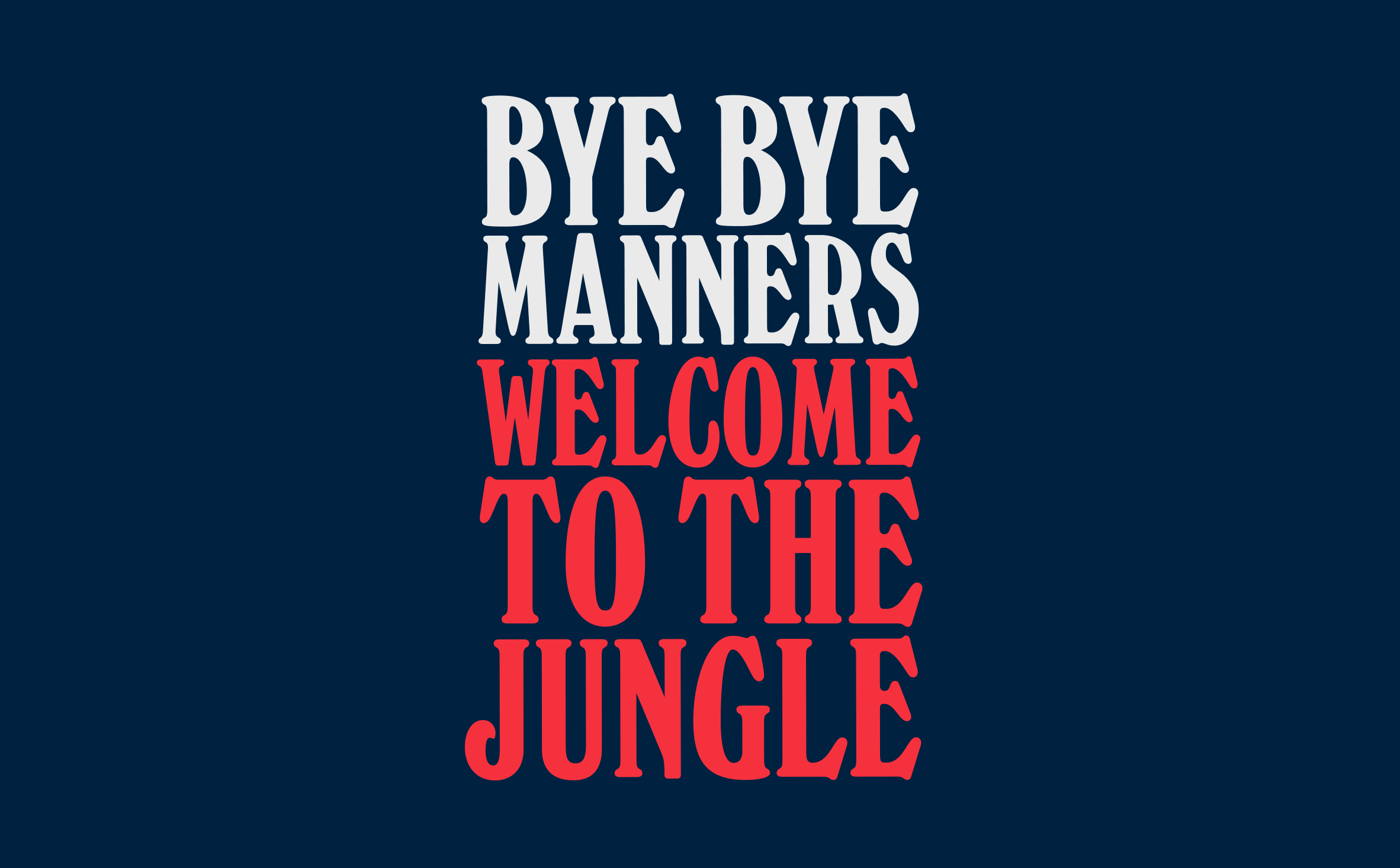 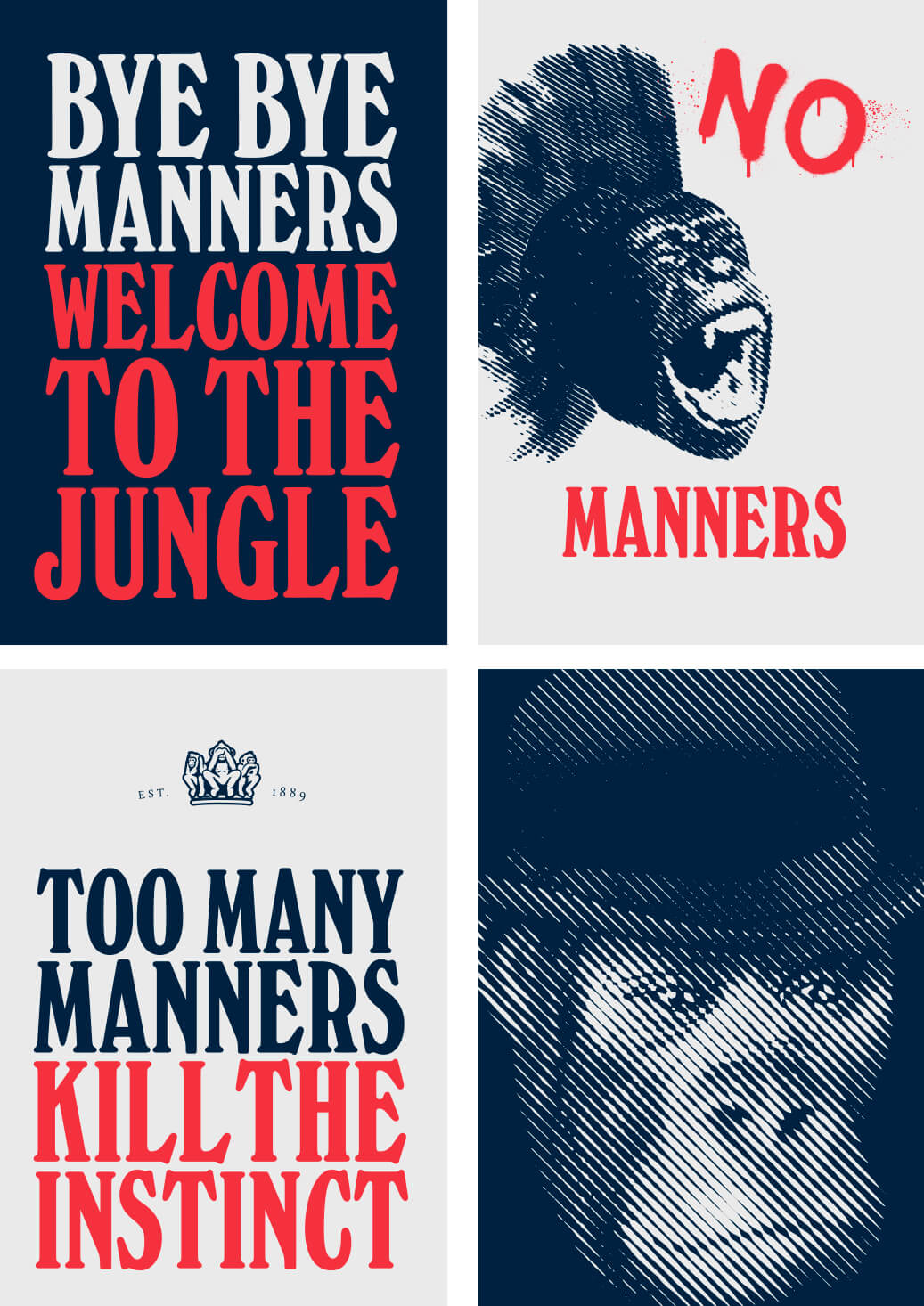 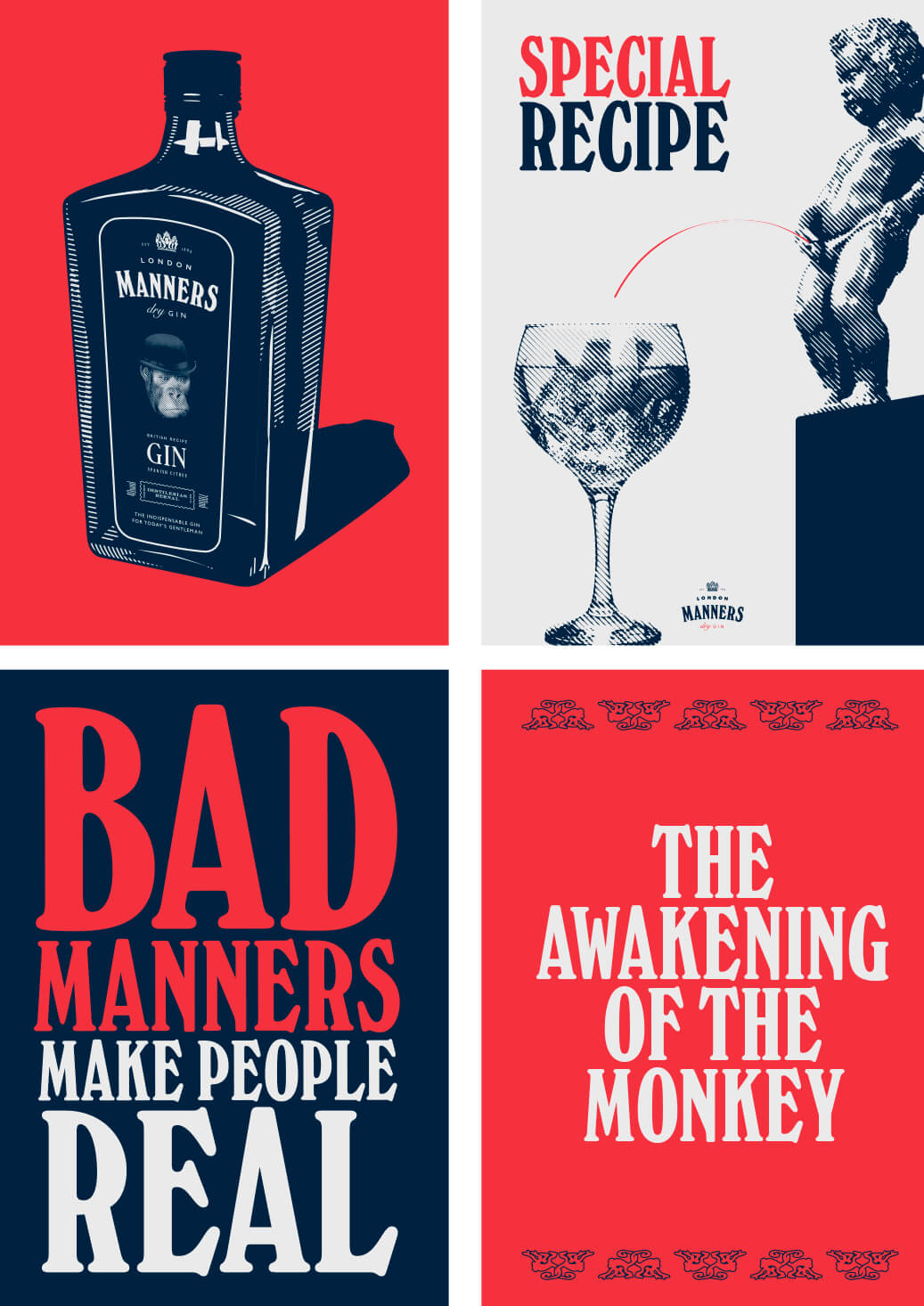 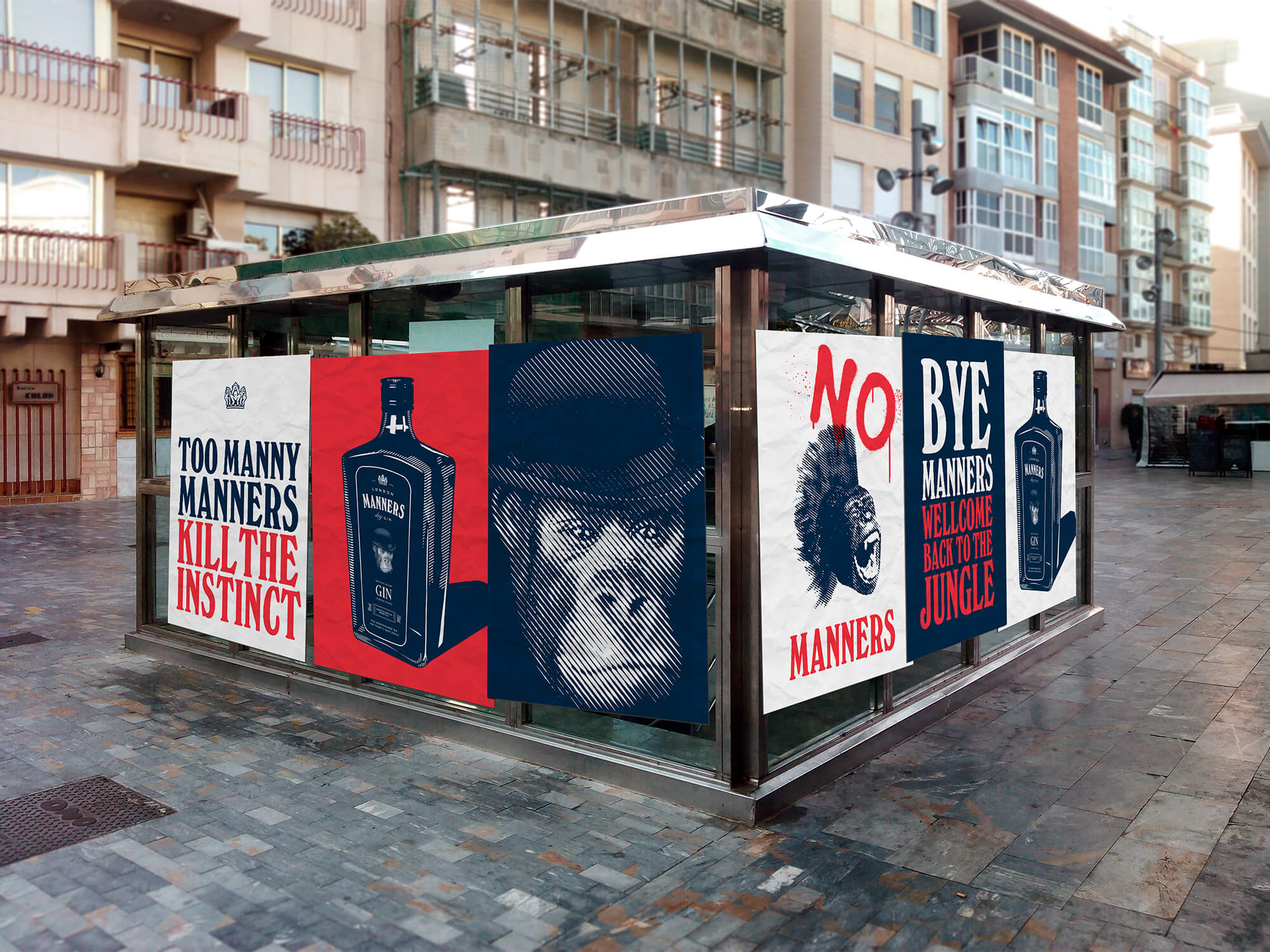 Halfway through the Manners launch party, the music stops, the lights go out, and the messages visible with ultraviolet light are revealed. A group of people in hoodies flood into the disco. They rip, deface, and mess with all the posters on the walls to the beat of the music. 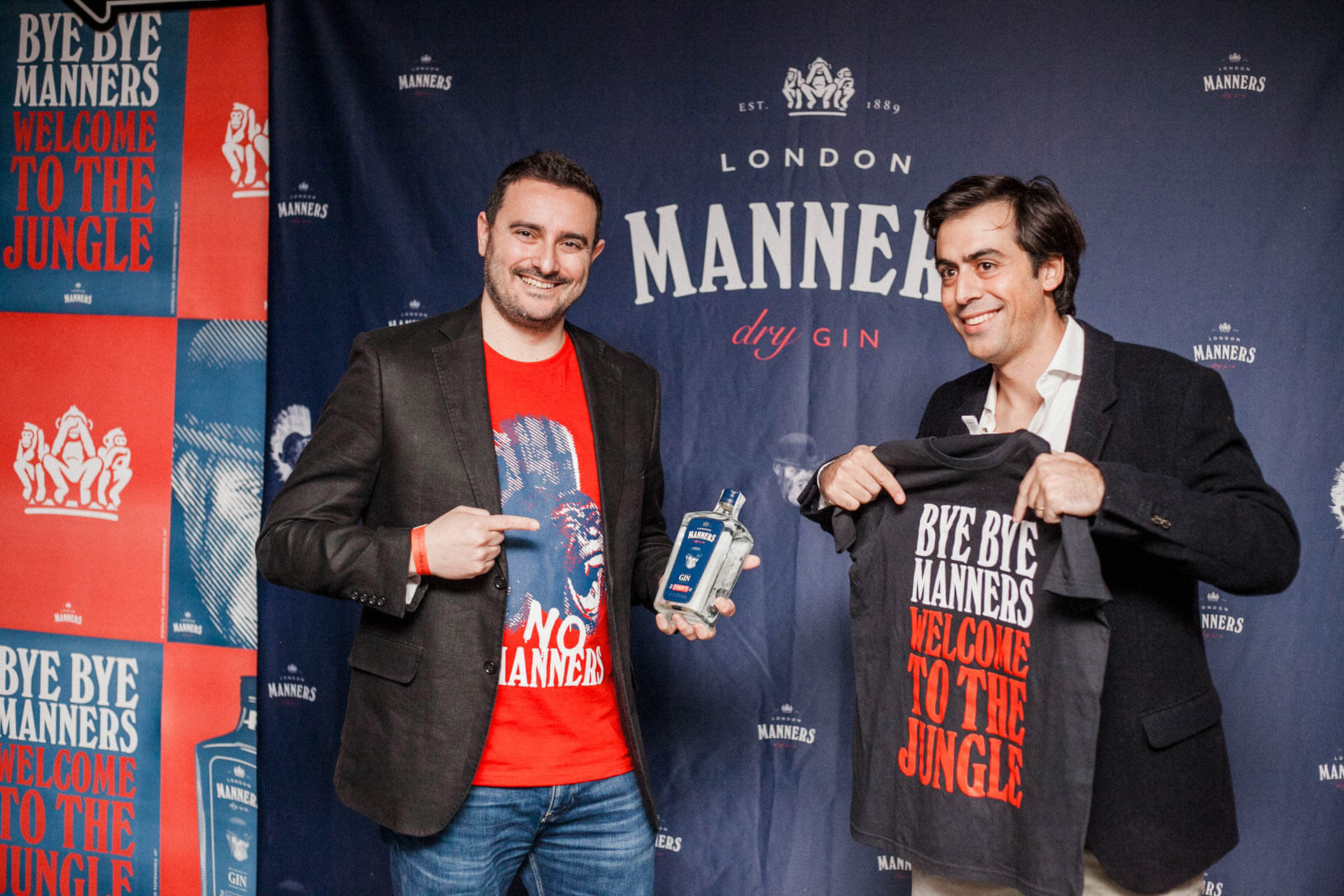 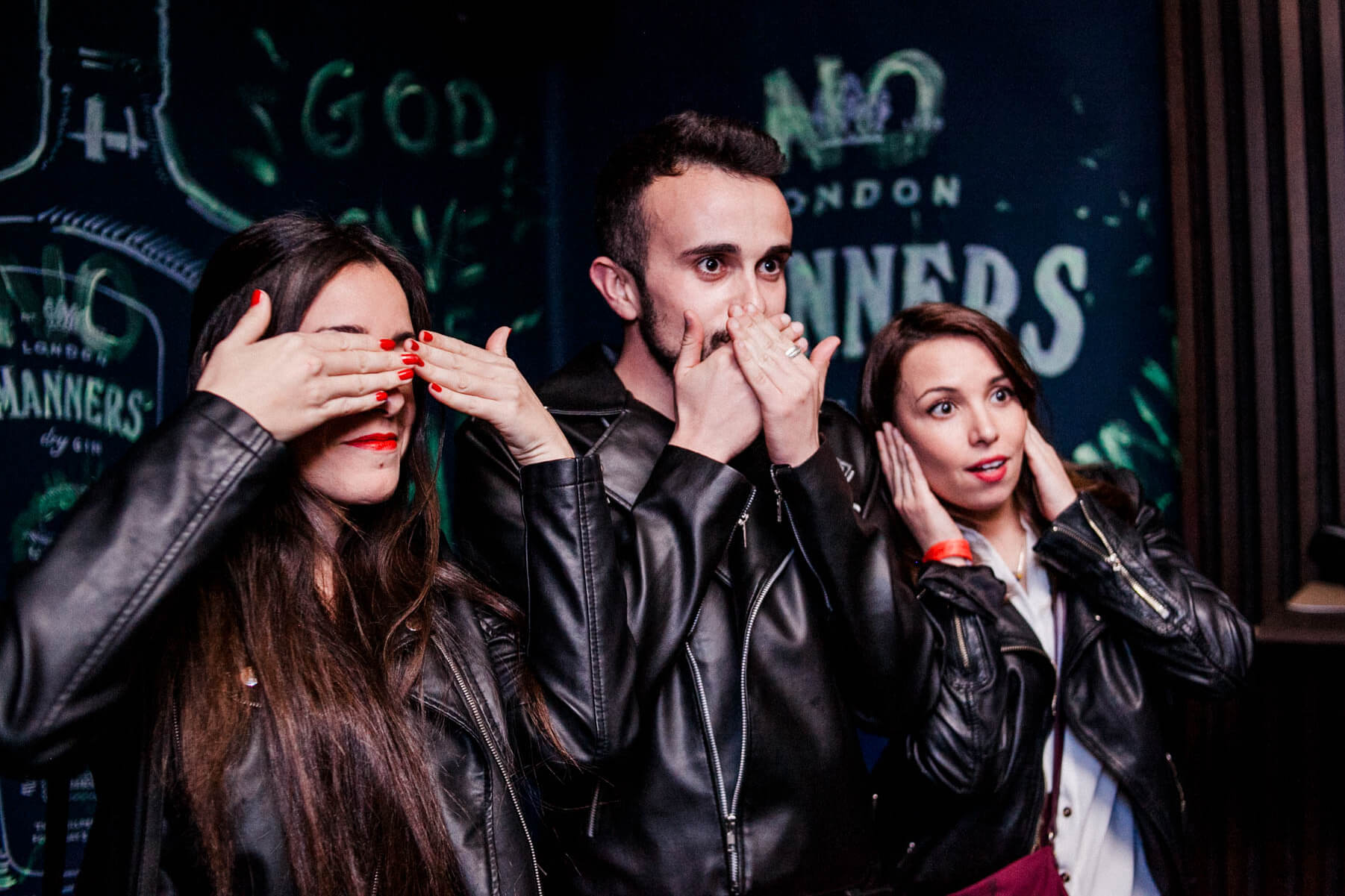 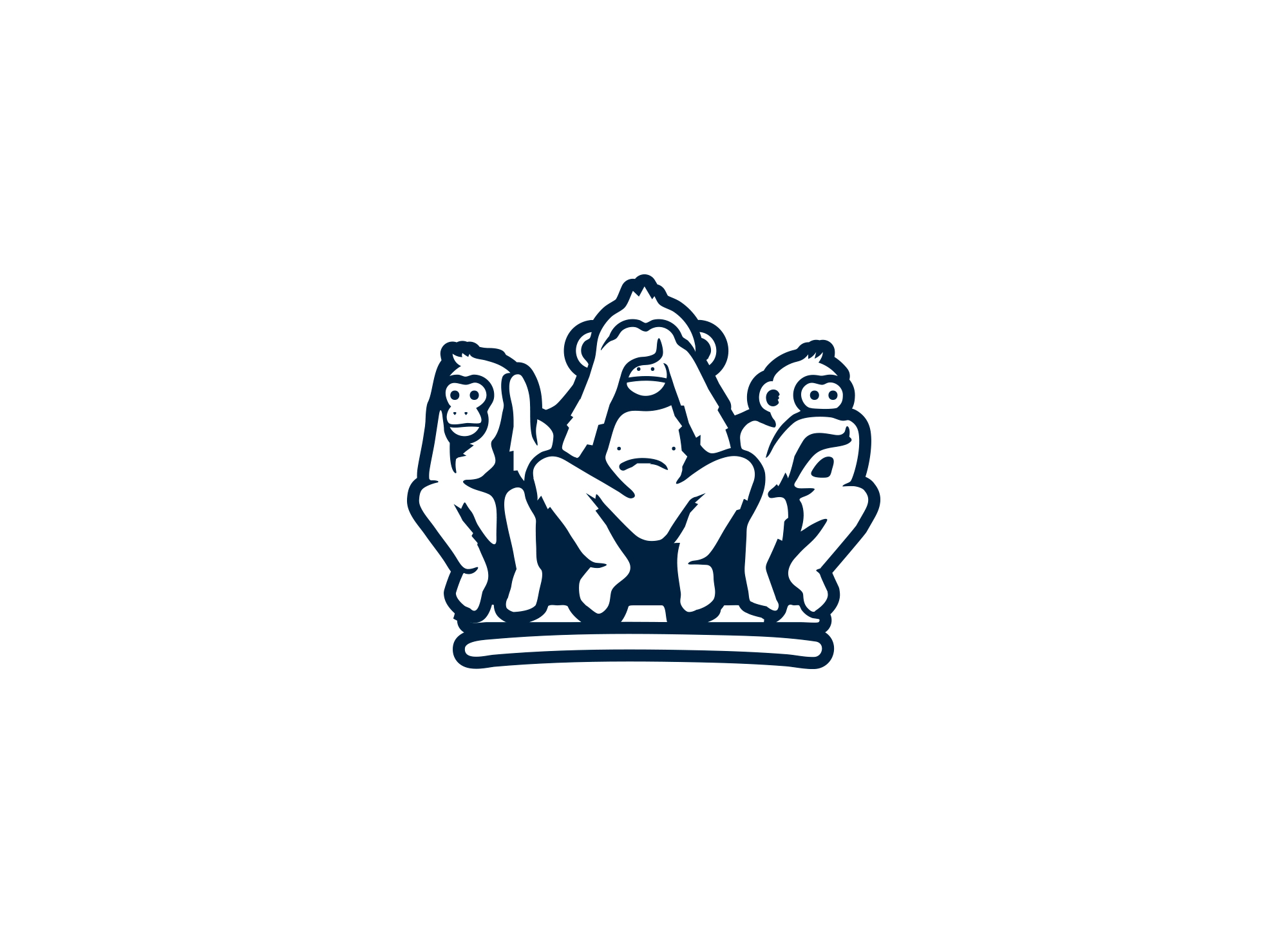 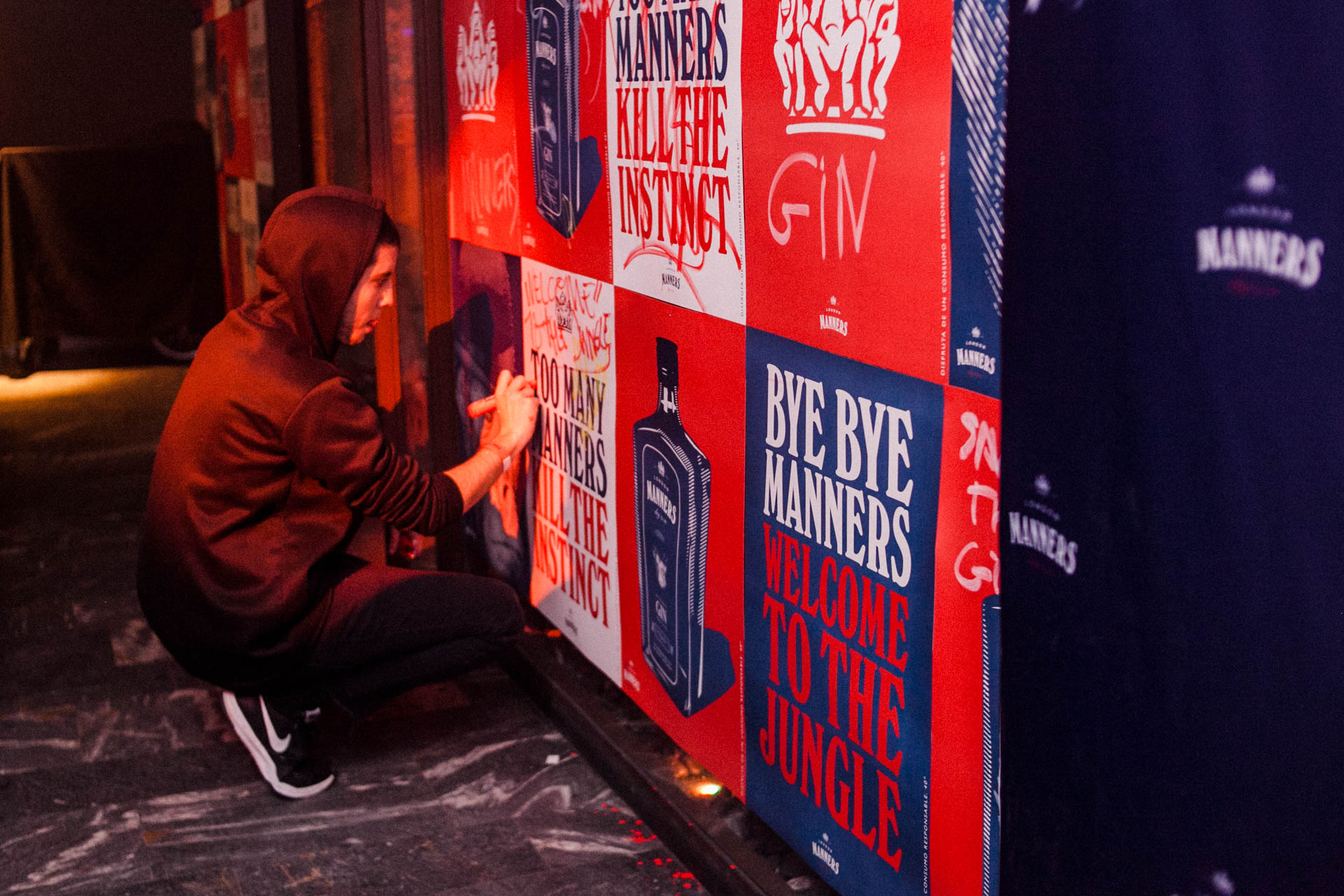 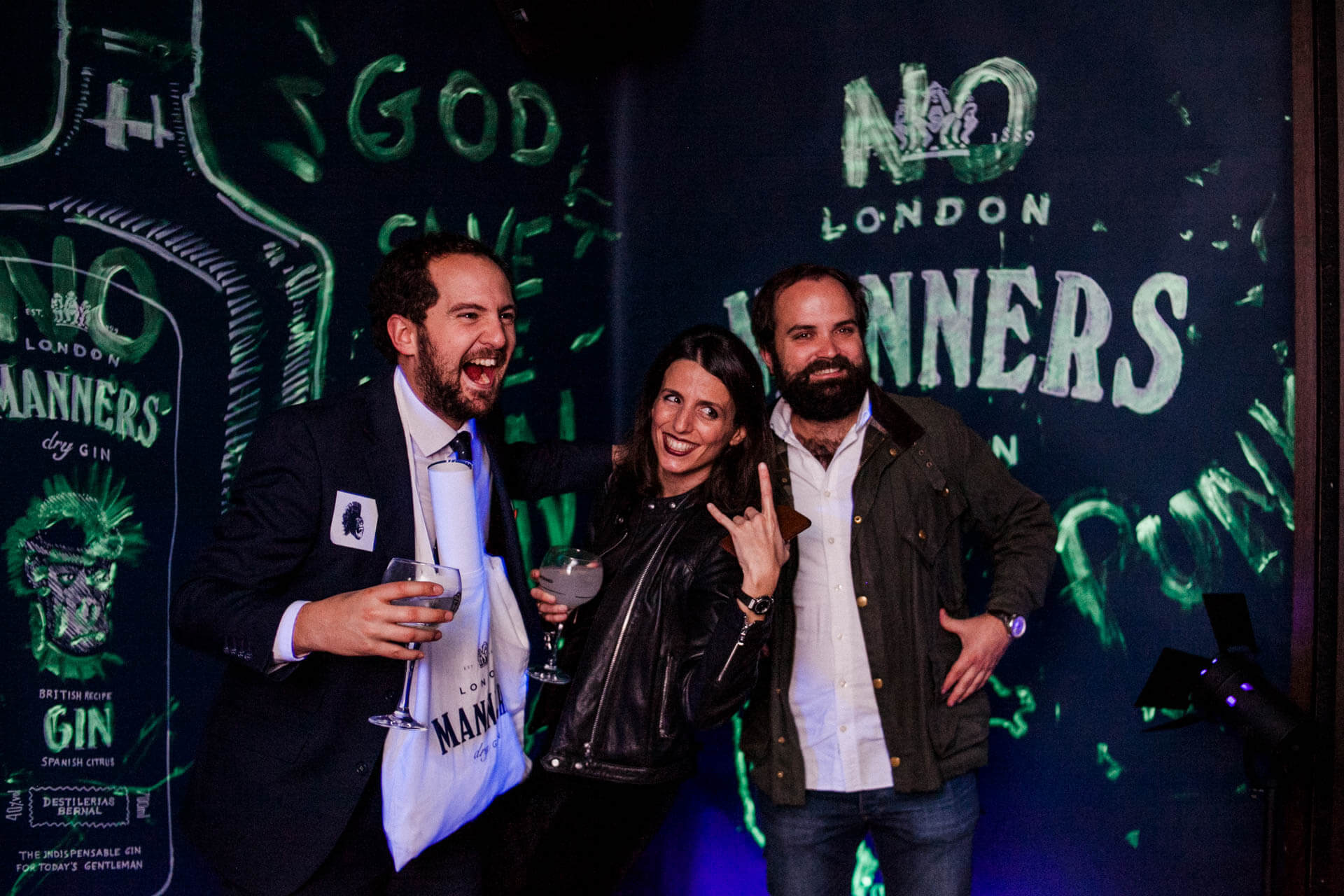 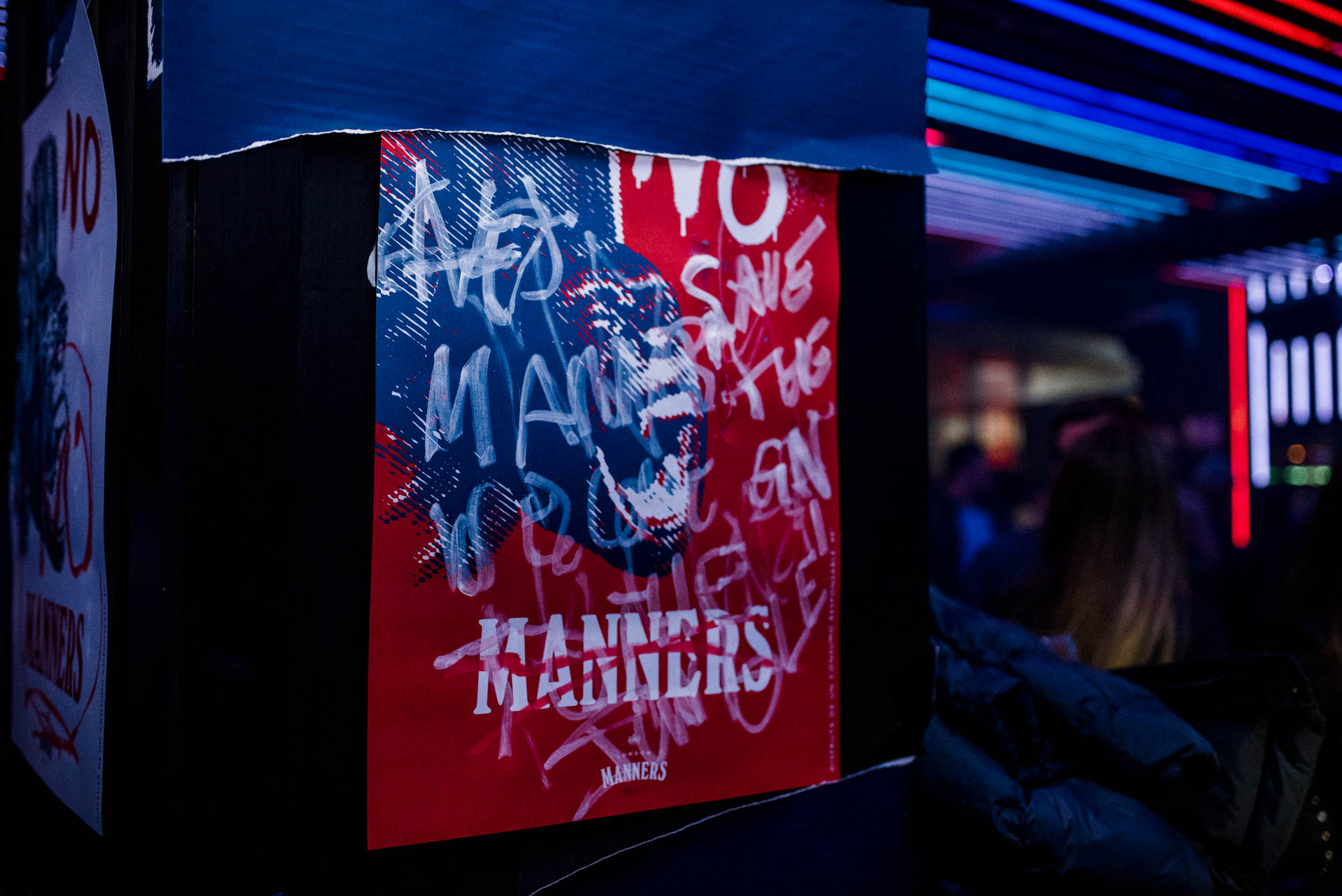 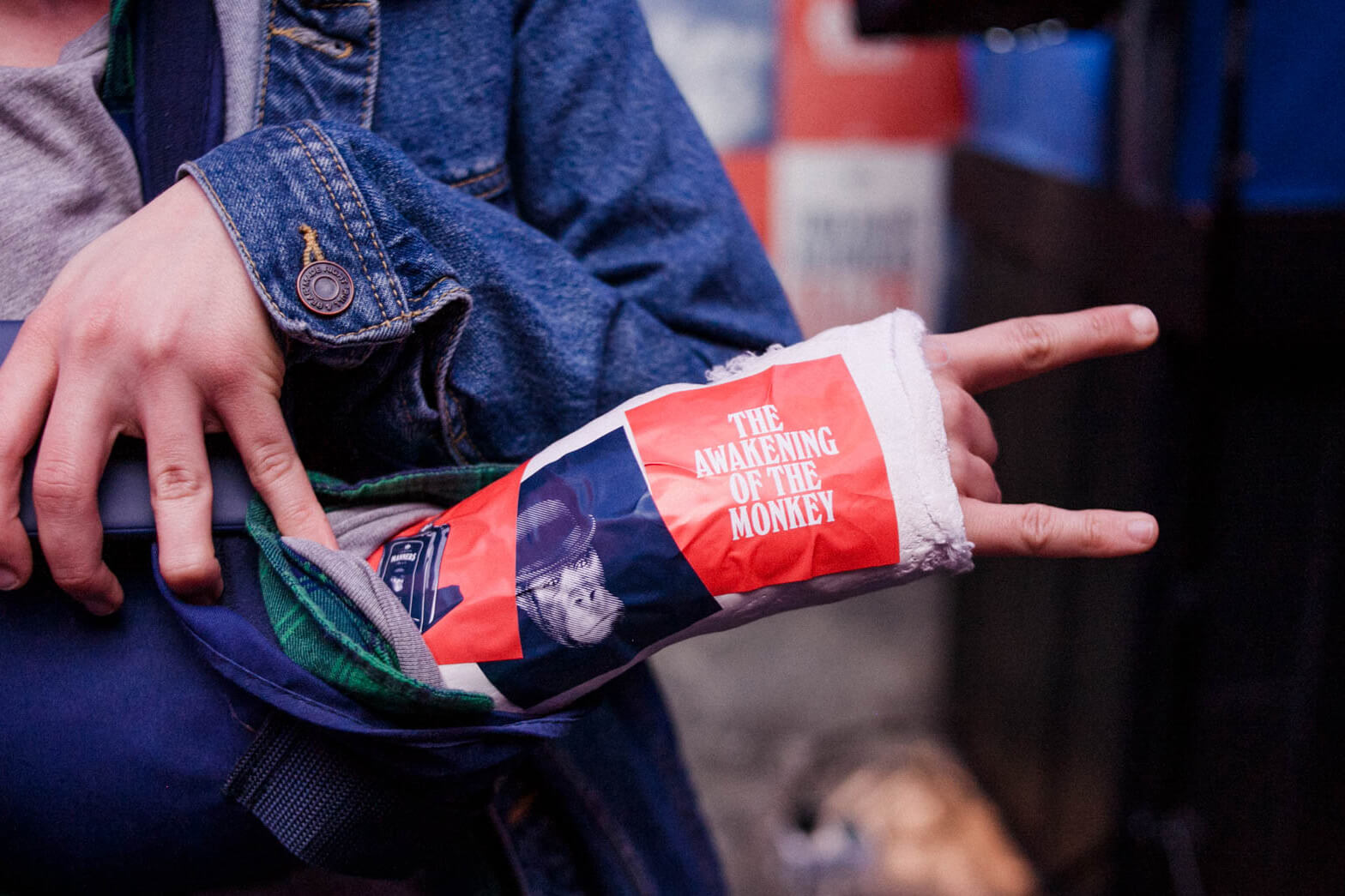 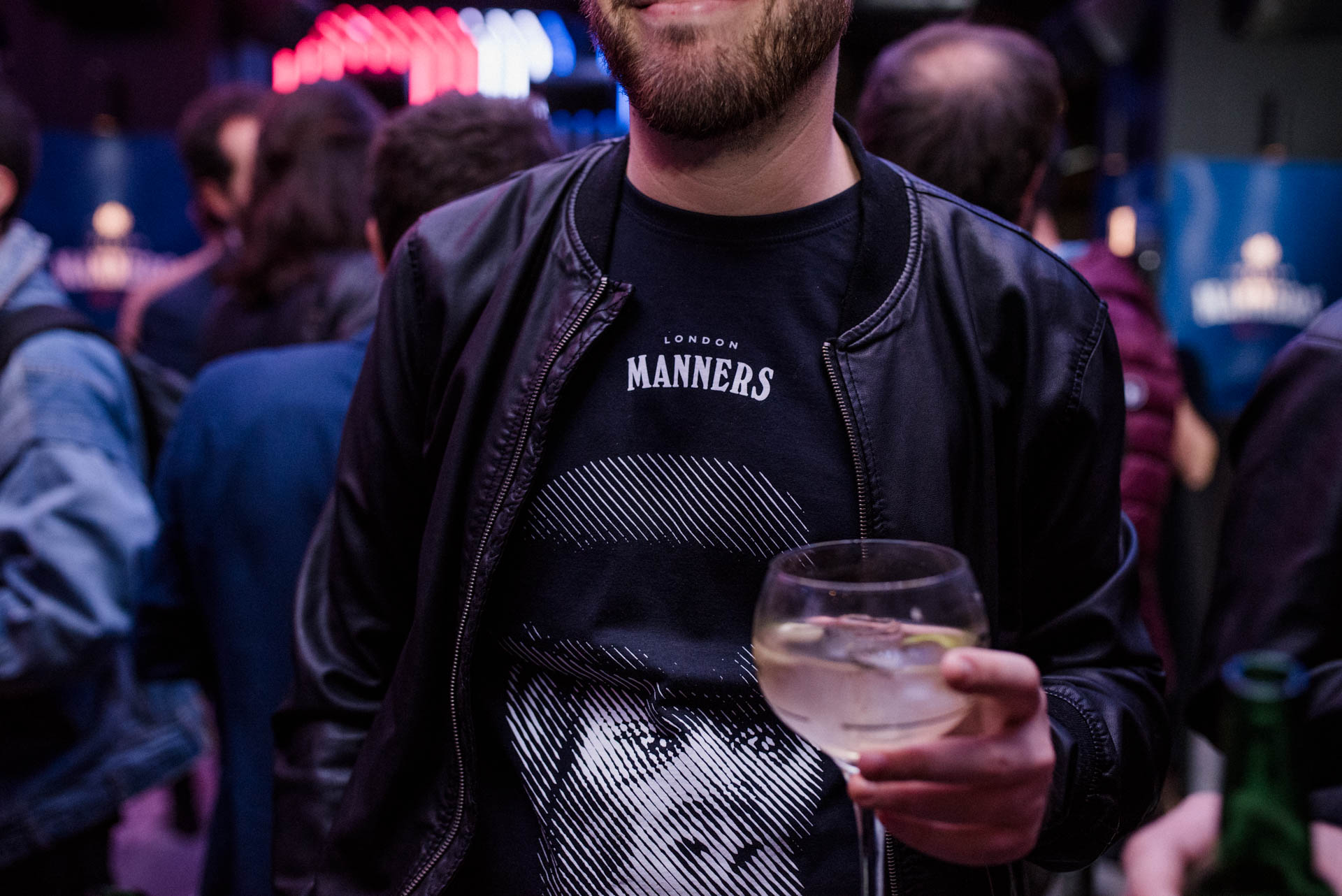 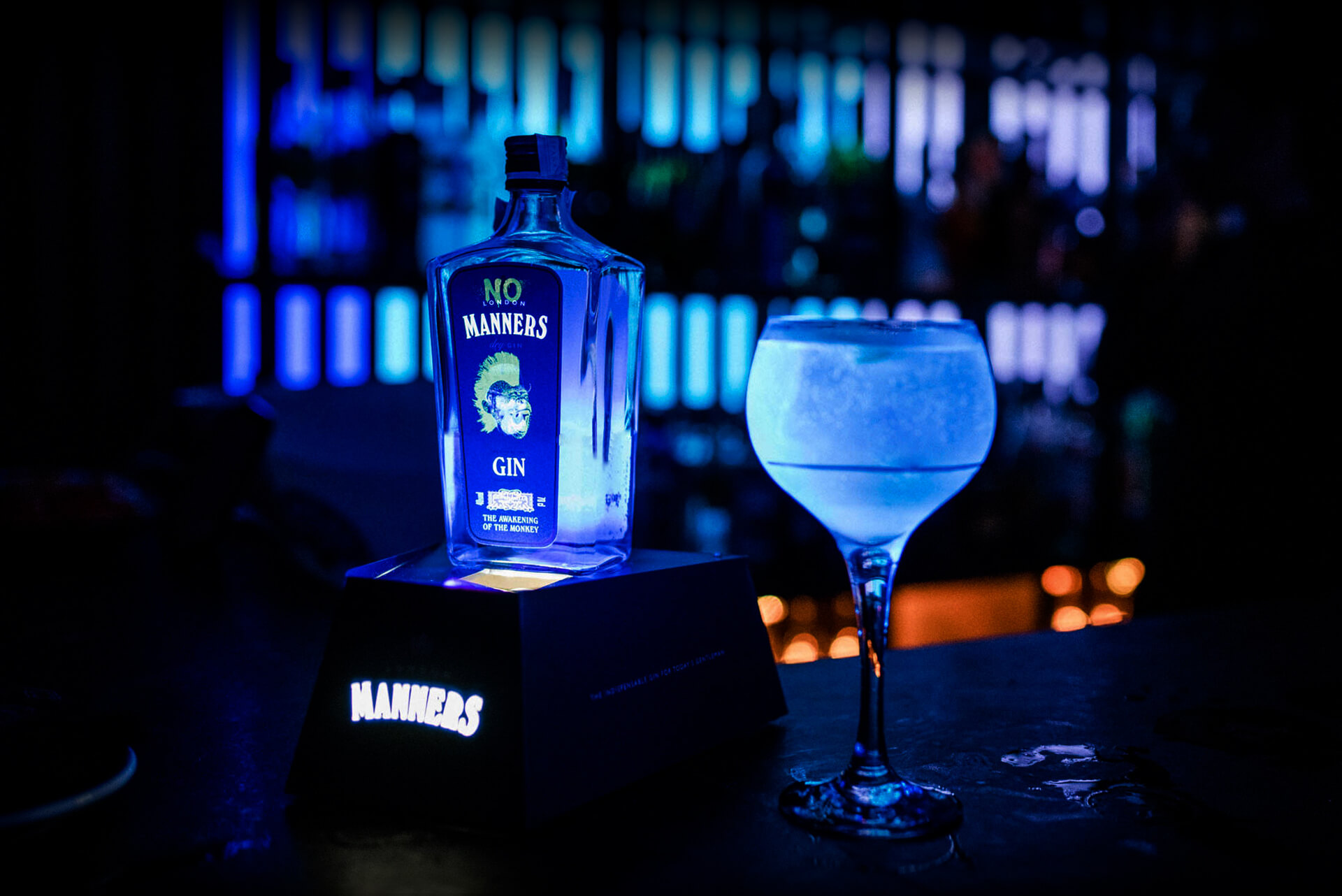